Manuscript submitted to our publisher

The Beautiful Trouble manuscript is complete, and we’re pretty excited about how well it turned out! In less than a year, Beautiful Trouble evolved from a fever dream shared by a core team of three wild-eyed troublemakers to a set of 140 interlocking principles, tactics, theories and case studies contributed by over 60 cutting-edge artists and activists. The book is now available for preorder from O/R Books — with a 20% discount if you order before February 15.

We’ve picked up some great partners along the way. Participating organizations include Agit-Pop/The Other 98%, The Yes Men/Yes Labs, Code Pink, Center for Story-based Strategy (formerly smartMeme), The Ruckus Society, Beyond the Choir, The Center for Artistic Activism, Waging Nonviolence, Alliance of Community Trainers, and Nonviolence International. The project would not have been possible without the support of our publisher, O/R Books, the Lambent Foundation, and 246 generous Kickstarters who contributed to our project.

Writing Beautiful Trouble has been a novel process. For one thing, we don’t have a lead author. Instead we have a core team that includes editors, wranglers, logisticians, a photo editor, a designer, a web campaign genius and some all-purpose consultants and assistants.

The book was assembled in the cloud, with much of the heavy lifting done during four ‘book sprints’ that took place in Avaaz’s lovely New York City office, which they were generous enough to let us use. For those of you who aren’t familiar with the idea, a book sprint is what happens when you bribe the smartest people you know with food and drink to lock themselves together in an office for a weekend and write until their eyeballs fall out. Finally, in November, co-editors Andrew and Dave spirited themselves away to an undisclosed location (inquire for rates; Dick Cheney gets a 15% cut) for five solid weeks of banging the project into shape, and somehow emerged still friends.

Although we’re taking some time to celebrate and savor the sweet taste of victory (not to mention get some sleep) we’re far from done. The book is just one ‘container’ for an open-ended, evolving process. Soon we’ll have all of the content available on the web and begin adding web-only modules and other exciting features. We’re still working out the specifics, but we’re confident the website will serve as an invaluable resource for activists.

We’re also planing to throw one hell of a party to launch the book into the world and celebrate the wonderful community that has formed around this project. The party is set for April 5 (at the PowerHouse Arena in DUMBO, Brooklyn with an after party in one of the coolest underground non-venues in town), but you should go ahead and save every date between March 1 and mid-September just in case. This is not a party to take lightly! Brace yourself. Bone up on your trapeze skills. Get ready.

That’s all for now. See you in the streets and the intertubes. 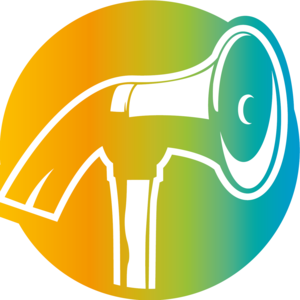 Beautiful Trouble is off to the printer!