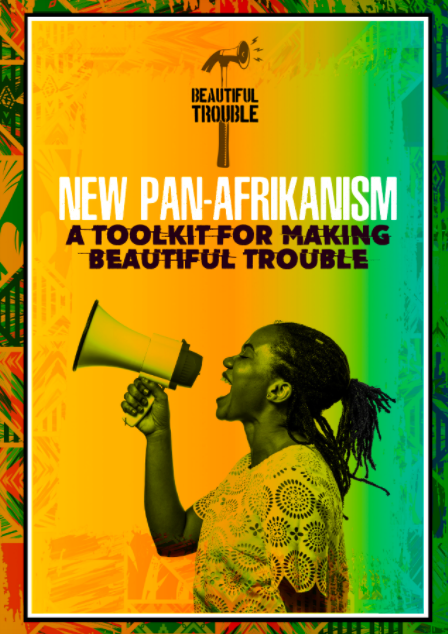 A continuation of the historic Pan-African struggle for freedom, justice, and dignity across the continent, renewed to tackle the particular challenges Africa faces today.

In recent years, Africans have been especially successful in their resistance against the status quo — just think of the people’s uprisings in Angola, Sudan, Algeria, the Gambia, and Ethiopia. And yet few movements are turning to African struggles to harness this wisdom learned at such great cost.

We have seen this before. So much of human knowledge — from agriculture to metaphysics — finds many roots in the African Motherland, but is now being explored predominantly through the lenses of the most wealthy and violent civilizations. Failure to remain attentive to the wisdom of the continent is part of the reason modern forms of knowledge have led humanity down a destructive path.

To fill this void, an extraordinary cross-section of African youth gathered in 2018 in Arusha, Tanzania (a town historically significant for Pan-Africanists) to exchange their hard-earned lessons and share stories of their resistance. At this midpoint between Cape Town and Cairo, these youth fashioned the foundation for a theory they dubbed New Pan-Afrikanism.

New Pan-Afrikanism posits that the distinct problems Africa faces in this neoliberal age can be effectively confronted by the unique strengths of young Africans. Whether it’s employing “Baraza” as a method of collective decision making or amplifying “Lamentation” as a protest tactic, African youth are reclaiming the continent’s traditions as modern tools for social change.

In this edition, Beautiful Trouble seeks to capture the diversity of these innovations and insights, and make them readily available (in English, Arabic, French, or Portuguese) to activists and frontline defenders across Africa and the rest of the world.

Download the English version by adding this to your cart.
Also see the Portuguese version.